Vietnamese female workers are confirmed to be infected with a new variant of SARS-CoV-2 when entering Japan.

At the emergency meeting with leaders of Hai Duong and Quang Ninh provinces after discovering two cases of Covid-19 in the community, Deputy Prime Minister Vu Duc Dam said according to information from Japan, Vietnamese female workers (32 age, residing in Hai Duong) infected with a new strain of SARS-CoV-2.

Therefore, he asked the authorities to be especially careful, ensuring maximum safety for the anti-epidemic force. According to the Ministry of Health, after the results of genetic sequencing, the Japanese health agency identified this person with the new British strain (B117).

Of the two newly announced cases, patient 1552 (female, 34 years old, residing in Hai Duong province) was in contact with this woman. This morning, the authorities will sequence the patient’s genome 1552 to confirm which strain this person has. Currently, female workers are being treated at the Kim Chung Central Hospital for Tropical Diseases (Dong Anh, Hanoi).

In addition, according to the Ministry of Health, the source of transmission of new patients in the community has not been determined. 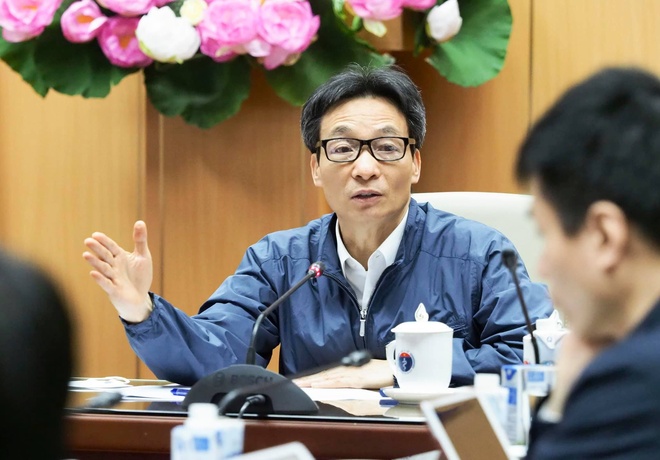 Before that, a 32-year-old patient (from Hung Dao commune, Chi Linh city) went from Noi Bai airport, transited in Singapore and arrived in Japan on January 17. The new strain of the virus was discovered through detailed examination by the National Infectious Diseases Institute of Japan.

The new strain in the UK was discovered in September in the southeastern regions of the country and has mainly spread in the region. On December 19, British Prime Minister Boris Johnson announced that the new strain was 30% more likely to be fatal than the previously known type and a 70% higher chance of infection.

The strain has now spread to 60 countries, including Russia and China, where the Covid-19 epidemic began more than a year ago. On December 25, 2020, Japan confirmed 5 new cases of infection from the UK.

On December 22, 2020, Vietnam for the first time recorded a 45-year-old female patient, residing in Tra Vinh (BN1435) infected with a variant of SARS-CoV-2 in the UK. One day after entry and isolation, the patient had symptoms of sore throat, low fever and was sampled, transferred to the Pasteur Institute of Ho Chi Minh City for a positive test on December 24. After one month of treatment, BN1435 had 4 negative tests for SARS-CoV-2 virus and is continuing to isolate for another 14 days in Tra Vinh.

After receiving information from the Japanese side, on January 27, Health Minister Nguyen Thanh Long immediately dispatched a mission to be the leader and anti-epidemic expert of 3 units, including the Department of Preventive Medicine, The Department of Health Environment Management and the Central Institute of Hygiene and Epidemiology traveled to Hai Duong to assist the locality in implementing epidemiological investigations and surveillance and urgent measures to respond to epidemic prevention and control.

The delegation will set up a post in Hai Duong and coordinate with the province to immediately implement general anti-epidemic measures in the direction of the Prime Minister on “anti-epidemic speed”.

Immediately after the meeting, Deputy Minister of Health Do Xuan Tuyen, Deputy Head of the National Steering Committee for the prevention and control of Covid-19, directly went to Hai Duong to direct the emergency prevention and epidemic work in the province.

In terms of treatment, the Ministry of Health has mobilized the Central Hospital for Tropical Diseases to help Hai Duong province immediately establish a local treatment system to provide on-the-spot treatment, only in severe cases can move to Hanoi. .