Scientists warned that the E484K mutation in the SARS-CoV-2 virus strain found in South Africa could cause the Covid-19 vaccine to no longer be effective.

The E484K mutation is dubbed the “runaway mutant” by scientists because of its sophistication. Associate Professor Penny Moore, National Institute of Infectious Diseases in South Africa, warns the mutation is “alarming” and “feared it could cause immeasurable effects”.

According to CNN, the E484K mutation was found in the new strain of the virus in South Africa. This strain has spread to 12 countries around the world (including UK, Botswana, France, Australia, Germany, Switzerland, Japan, Sweden, Korea, Finland, Ireland, Netherlands). Scientists call the E484K a “fugitive”. This name comes from a number of studies that show it can escape antibodies produced by the Covid-19 vaccine.

Virologist Alex Sigal, African Institute for Health Research, expressed concern over the current situation. Other scientists are also working on this mutation. They wanted to find out whether the mutant containing the mutation would make the vaccine less effective.

Each strain of the virus can contain many different mutations. These mutations can be combined and synergized to reduce vaccine efficacy. Therefore, scientists worry that the E484K may be a sign that SARS-CoV-2 is changing to adapt, making it harder for humanity to destroy. 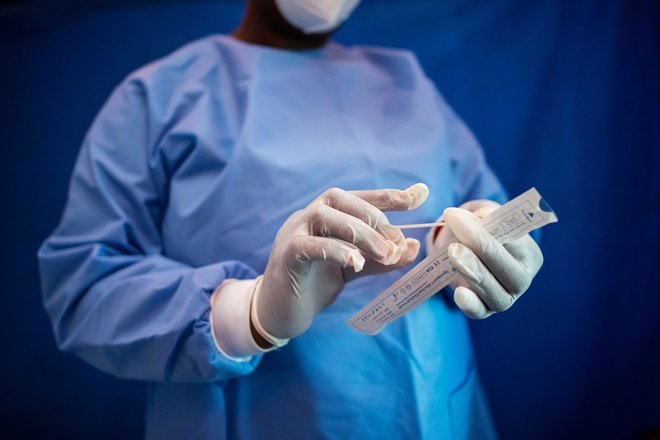 Previously, Professor John Bell of the University of Oxford (UK) warned about the new strain of nCoV in South Africa more worrying than in the UK because of the speed and possibility of infection. The number of people infected with Covid-19 in South Africa tripled after three weeks, surpassing the one million cases at the beginning of January.

Dr Scott Gottlieb, former director of the US Food and Drug Administration (FDA), said the 501.V2 strain appears to have partially escaped immunity. This makes it possible for people with Covid-19 to re-infect this strain. In particular, 501.V2 is also capable of inactivating antiviral drugs.

To answer existing doubts, scientists at the Fred Hutchinson Cancer Center, Seattle, and elsewhere analyzed the plasma of many patients who had recovered from Covid-19. What they found was that the E484K challenges the vaccine’s capabilities, rendering it useless against certain antibodies. The team hopes results will be available in the next few weeks.

E484K is not unique to the 501Y.V2 virus strain found in South Africa. It recently appeared in the strain in Brazil and luckily has not spread to any other countries.

However, the scientists say they still have hope. Because the vaccine itself will also create many antibodies against the virus mutations, mutations. Researcher Sigal thinks the virus is changing quite slowly. Each time it is passed from person to person, the virus has a chance to mutate. Therefore, given its very fast rate of spread, it is possible that the rate of transformation should be faster.

Virologist Paul Bieniasz, Rockefeller University, New York, USA, said the change made the virus learn to resist vaccines. Over time, it may decrease a vaccine’s effectiveness, but not immediately. SARS-CoV-2 is relatively stable, but has shown its adaptability, says Sigal. It is important for us now not to underestimate the virus.