These results were performed in a laboratory, based on vaccines produced by Pfizer / BioNTech and blood samples from patients infected with the B1351 strain from South Africa.

The above results were made by scientists at the University of Texas Medical Branch (UTMB) and published in the New England Journal of Medicine (NEJM). They tested a redesigned strain of the virus from South Africa, then tested it with the blood of the people who had been vaccinated.

The experiment showed that the strain B1351 from South Africa can reduce two-thirds of the antibodies produced by the Pfizer / BioNTech vaccine. However, there is no human evidence to suggest the effect of B1351 on vaccines.

However, experts are still concerned with this result. The Pfizer / BioNTech side plans to update its vaccine formulation or have a booster shot in case the strain from South Africa affects the effectiveness.

Guardian quoted South African Health Ministry spokesman Popo Maja said scientists in this country will meet and discuss more about the issue. “We will not be in a hurry to make a statement before scientists discuss and have a final conclusion,” said a representative of the Ministry of Health. 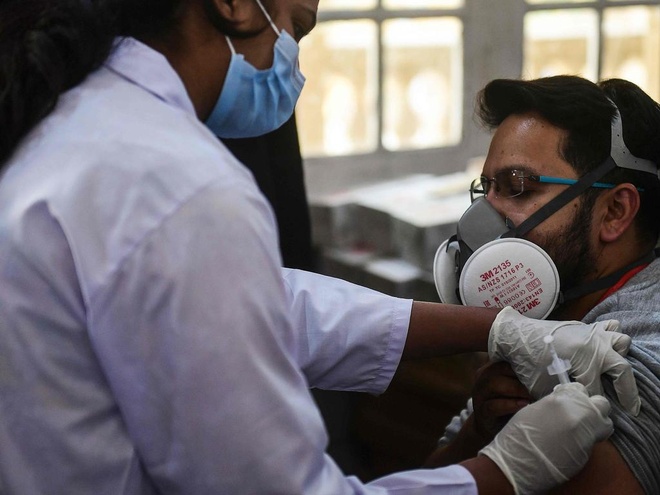 Research shows that the new strain from South Africa can reduce the antibodies produced by the Pfizer vaccine by up to 70 percent. Photo: AP.

The results showed that the level of neutralizing antibodies produced by the Pfizer / BioNTech vaccine was reduced by 2/3 (nearly 70%) compared to samples infected with the old strains of viurss. However, this cannot confirm that the vaccine is ineffective with the new virus strains that are spreading around the world.

Hence, Professor Pei-Yong Shi and colleagues at the University of Texas Medical Branch still hope that Pfizer’s vaccine can still protect us from the new strain from South Africa. He also said that even if the new strain significantly reduces the effectiveness of antibodies, the vaccine could still protect the injected person from serious illness and death. This is the most important factor because it will help prevent the health system from being overloaded.

Professor Shi said they need to do more research to know if the vaccine will fight against strains from South Africa and how effective it is.

Representative Pfizer / BioNTech revealed their scientists are also doing similar work in the lab. Meanwhile, Moderna published results on NEJM showing that the level of vaccine antibody when exposed to strains from South Africa is only 1/6 compared with normal.

Moderna said they are not really clear about the effectiveness of the vaccine against the strain from South Africa. But this company will have updates to match the actual situation.