WHO experts will be quarantined for 2 weeks after entering China, and then to Wuhan city of Hubei province, where the dangerous virus was first detected in late 2019. 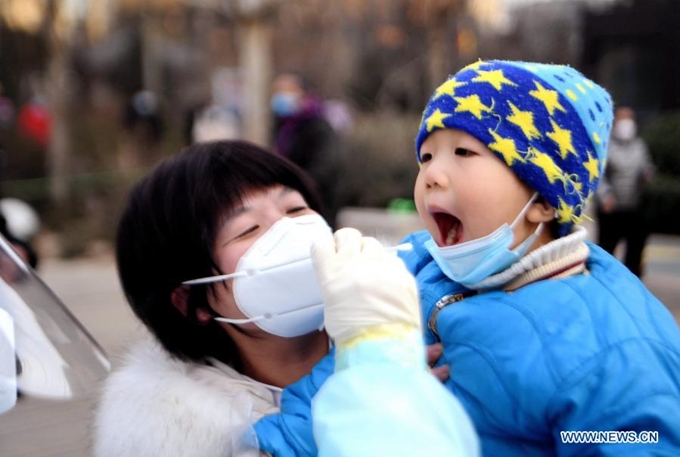 On January 11, the National Health Committee (NHC) of China announced that from January 14, a group of 10 scientists from the World Health Organization (WHO) will have a business trip to mainland China. to investigate the origin of the SARS-CoV-2 virus that causes acute respiratory infections COVID-19.

In a statement, the committee said the WHO team of scientists will conduct joint research with Chinese scientists on the origin of the SARS-CoV-2 virus, but did not elaborate on the work. Upcoming.

WHO experts will be quarantined for 2 weeks after entering China, and then to Wuhan city of Hubei province, where the dangerous virus was first detected in late 2019.

More than 1 year since the COVID-19 epidemic broke out in Wuhan City, to January 11, there were more than 1.9 million deaths and 90.7 people suffering from COVID-19 worldwide. The true origin of the SARS-CoV-2 virus is unknown.

Over the past several months, WHO has been pushing to send an international team of experts, including epidemiologists and animal health experts, to China to help investigate the origins of the COVID-19 pandemic believed to have originated from a dynamic. objects and how the SARS-CoV-2 virus spreads to humans.

In July 2020, WHO sent a group of experts to Beijing to form the basis for the international investigation.

Scientists initially assumed that the SARS-CoV-2 virus was transmitted from animals to humans at the Hainan Seafood Market in Wuhan City, where the first case was detected late last year. However, experts now think that this market may not be the source of the disease, but where the virus spread.

Chinese scientists in February last year confirmed that the COVID-19 epidemic did not originate from the Hainan seafood market, but was that a “patient 0” brought the virus here, after that, the market was crowded with This poor sanitation has become a favorable environment for the SARS-CoV-2 virus to spread among people.