This woman was tested for rRT-PCR and found negative for SARS-CoV-2 before leaving for Japan.

On the afternoon of January 27, Mr. Pham Duy Tuyen, Director of the Center for Disease Control Hai Duong Province (CDC), confirmed that a 32-year-old woman (from Hung Dao commune, Chi Linh city) had the results Test positive for Covid-19 when he arrived in Japan on January 17.

“We received this information from a specialized agency in Hanoi and are implementing measures to prevent the disease locally according to the regulations of the Ministry of Health,” said Tuyen.

According to this director, the woman used to work temporarily at a company in Hai Duong. After that, the patient moved to Japan to work. 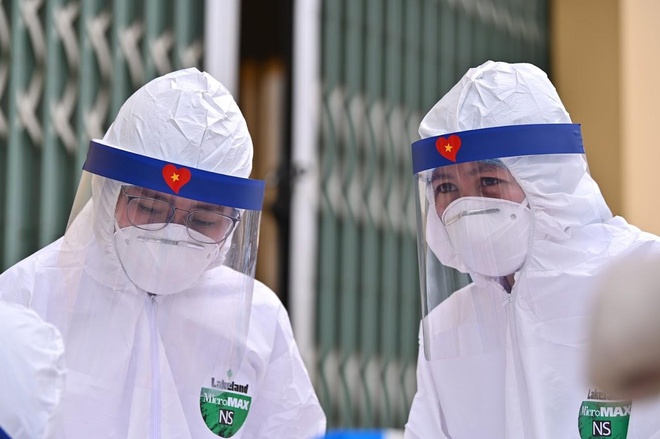 As a rule, all Vietnamese on exit must test 3 days in advance. In this case, the female worker tested with negative results and was allowed to leave.

Upon coming to Japan, the specialized agency of this country tested Covid-19 by their method and gave a positive result and reported back to the Vietnamese side.

According to Mr. Tuyen, CDC Hai Duong is cooperating with local authorities to implement measures to investigate, verify, spray disinfect, review F1 cases and ready to put out the epidemic if any.

Currently, the authorities have not conducted a blockade in the locality where the girl lives. “For the next steps, we are waiting for a decision from the Provincial Steering Committee for Disease Control”, Mr. Tuyen said.

According to Dr. Phan Thanh Tam, deputy director of the Center for Disease Control in Ho Chi Minh City, when entering, everyone is tested for Covid-19. However, the examination of the exiting person will depend on the requirements of the host country. Quick test techniques in Japan are also different from Vietnam. If a suspect is identified, by day 6, the case will be retested using the rRT-PCR method.