Most people with Covid-19 at Jin Yin-tan Hospital, Wuhan, still have symptoms after 6 months of discharge, the most common being fatigue, difficulty sleeping and some lung and kidney problems.

The South China Morning Post cites a large-scale study in China that found that most patients with Covid-19 at Jin Yin-tan Hospital, Wuhan, have long-term health problems. The study found that 76% of people with Covid-19 in Wuhan after 6 months of discharge still have at least one symptom related to the disease.

The team is led by Dr. Cao Bin, China-Japan Friendship Hospital, in Beijing. Dr. Cao and colleagues collected data from 1,733 patients, average age 57. They found that 63% of the patients still felt tired after 6 months of discharge. The most severe fatigue was reported in critically ill patients who had Covid-19.

Fatigue and difficulty sleeping occurred in 63% and 26% of patients, respectively. These are also the most common problems. Prolonged damage has also been found in the lungs in hundreds of patients.

X-ray images from 400 patients showed that nearly 50% of them had cloudy lung tissue, fog covered the lungs, leading to difficulty breathing. Some patients become debilitated even after surviving Covid-19. In many cases, it is impossible to take deep breaths while doing the lung tests.

Many studies in other countries have also concluded SARS-CoV-2 can invade nerve cells and cause brain damage. Dr. Cao’s group also found that one in four patients developed depression or anxiety after half a year with Covid-19. However, they are not sure if this is due to nerve cell damage or the traumatic experience the patient has suffered. 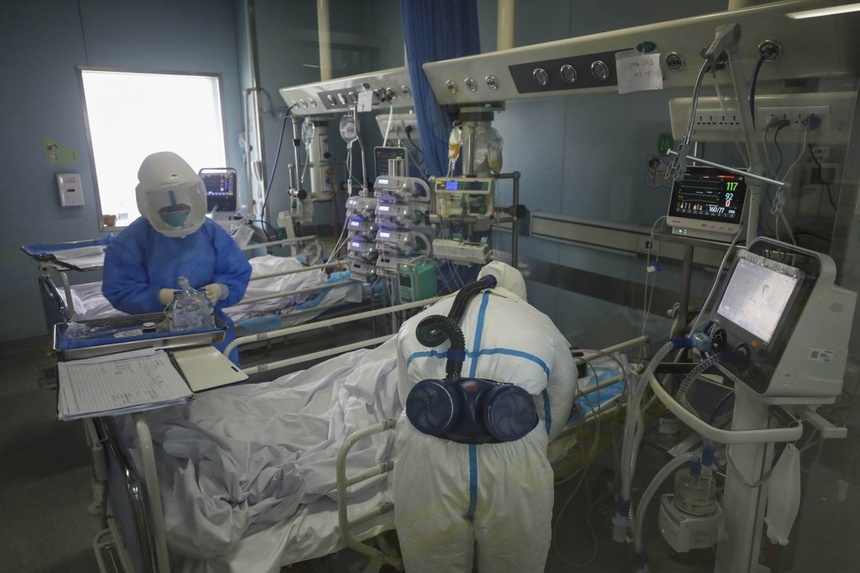 The study was performed on more than 1,700 people with Covid-19 who were treated at Jin Yin-tan Hospital, Wuhan, China, and discharged six months ago. Photo: AP.

In particular, nearly 35% of patients show signs of kidney failure, residue of waste in the body and an increased risk of sexual dysfunction. In addition to causing symptoms such as accumulation of waste products in the blood, swelling of the face, impaired kidney function, it also affects the sex life of the patient.

This finding once again supports previous research by the authors in Wuhan that showed that SARS-CoV-2 can damage reproductive tissues in the testes.

Professor of nephrology at the Mario Negri Institute for Pharmacological Research, Italy, said this was a surprising finding. However, he warns that the results should be handled with caution because the method that Dr. Cao Bin’s team is using is a rapid test aimed at screening large numbers of patients. This can lead researchers to misjudge (high or low) the actual situation.

In addition, in most of the patients studied, their antibody levels to the SARS-CoV-2 virus decreased significantly. This means they will not be able to fight the disease in the future. The risk of reinfection of these people is very high and should be monitored.

The team also shared that they will do more research to follow up and compare results between inpatients and outpatients. Jin Yin-tan Hospital treats people with the most severe symptoms. Meanwhile, the mild or asymptomatic cases were isolated in the field hospital. 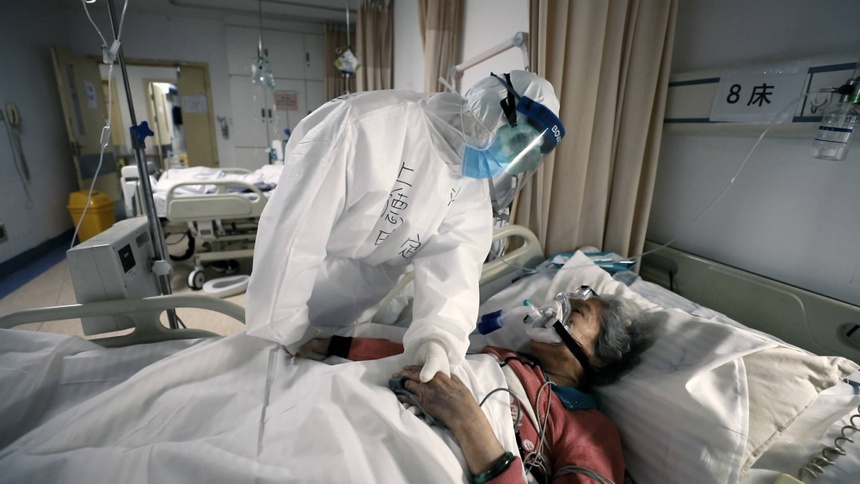 A scene in a 76-day documentary, taken at four major hospitals in Wuhan, captures the horrifying haunts of a Covid-19 patient, the pressure the medical team has to bear and the pain of losing a loved one. many families go through. Photo: AP.

In the article published in The Lancet, the group of authors said: “Studies that track large populations over the long term are essential to fully understand the health consequences of Covid-19.” .

Before that, some studies have looked at the long-lasting virus phenomenon in the patient’s body. The US Centers for Disease Control and Prevention has compiled a list of potential long-term health problems with Covid-19.

These warnings include brain fog, hair loss, and heart disease. However, these warnings are based on small sample observations, lasting no more than 3 months, in some countries with severe epidemics, making it difficult for patients to close out of hospital.

The new project by the Chinese expert group is said to be the first study in the world to track the effects of the disease over a period of six months and with the largest scale ever recorded. Researchers in China follow the medical histories of patients who have been discharged from the hospital at Jin Yin-tan Hospital. This is the first medical facility in the world designated to specialize in treating people with Covid-19.

Nearly 30% of patients who have been treated here did not participate in the study. Of these, 50% of them declined. The remainder became too ill or died, mainly from heart, lung or kidney problems.

Participants filled out a long-form questionnaire and returned to the hospital for regular check-ups, including blood tests, X-rays, and detailed physical exams.

To date, the data on the extent of the victim’s injury after contracting Covid-19 or recovered from the disease is still being studied and investigated. Scientists around the world have yet to have specific conclusions on this issue.

Globally, in other countries, scientists also seek to explain the answers surrounding this mysterious epidemic. That along with the origin of the virus became even more important at the time the world saw new strains of SARS-CoV-2.